Alter recently reissued their goth-punk take on one of my favorite tsundere heroines, Louise Françoise Le Blanc de la Vallière–a mouthful of a name if there ever was one–from from the light comedy-meets-Harry Potter anime series Zero no Tsukaima. This particular figure is one of four unique designs–six counting re-colors–from Alter to carry the likeness of Louise. I elected to pass on this figure the first time around, much to my later chagrin, so I was thrilled when Alter announced their plans to re-release goth-punk Louise late last year. Was she worth the wait? Read on to find out. 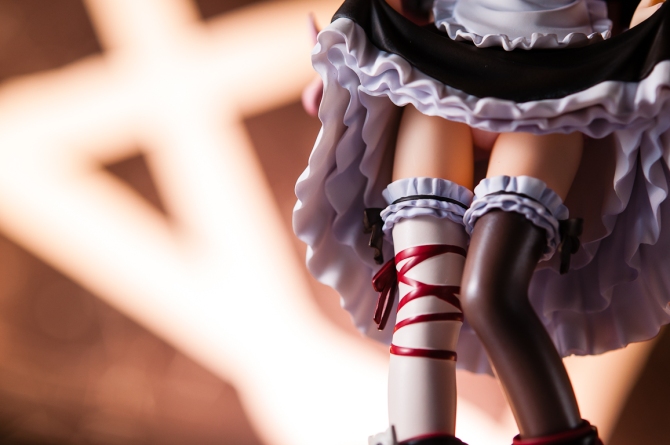 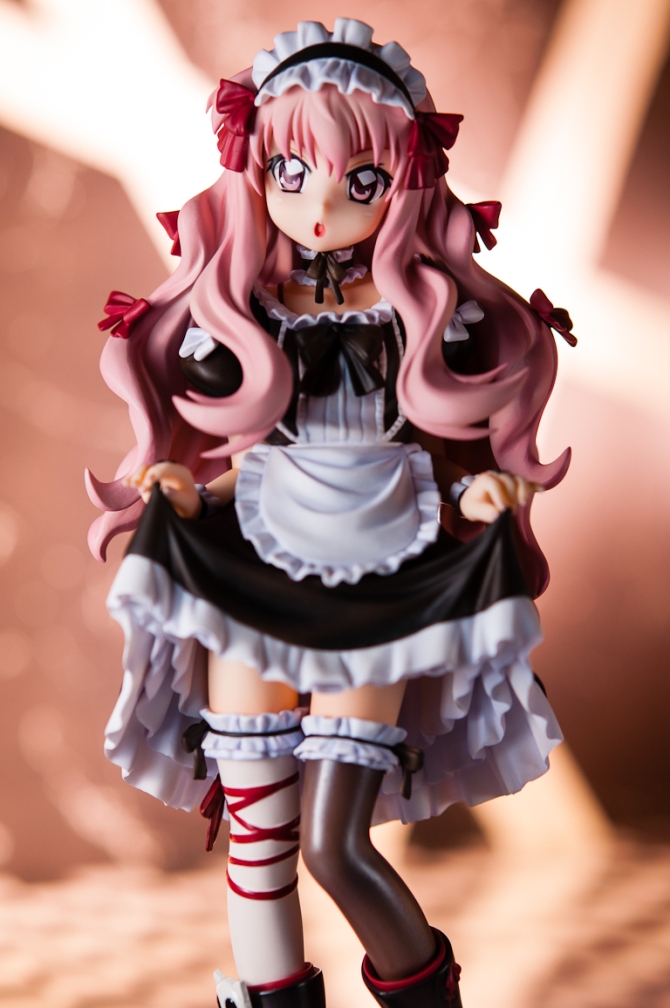 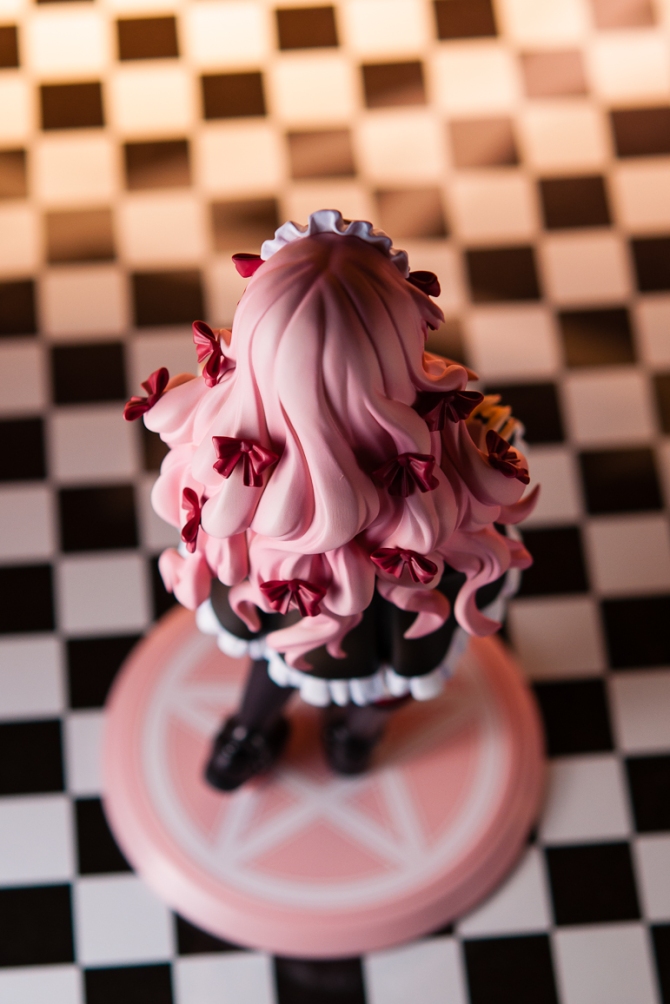 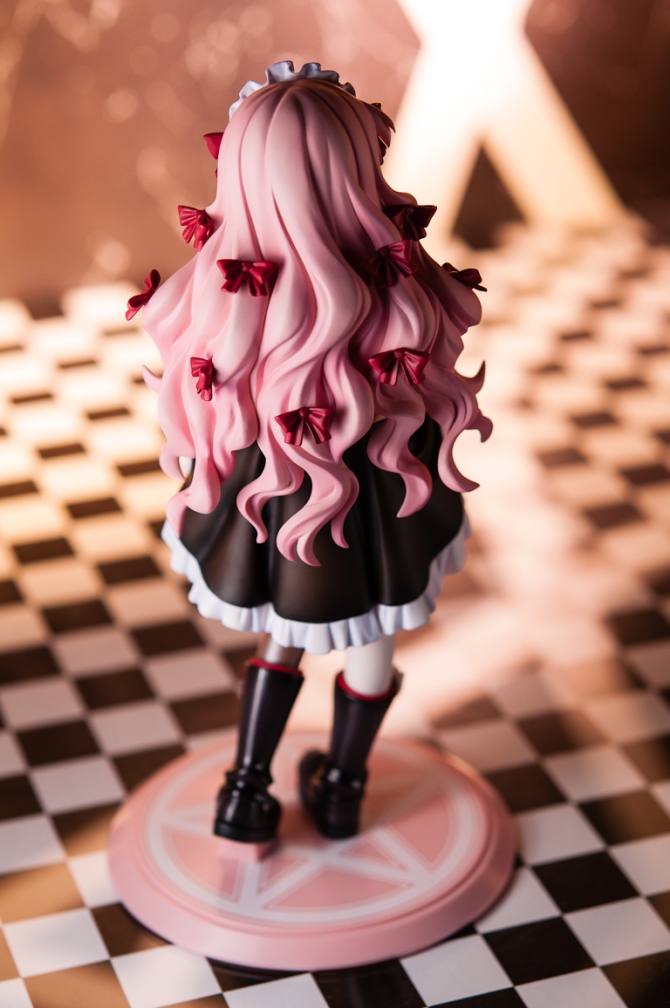 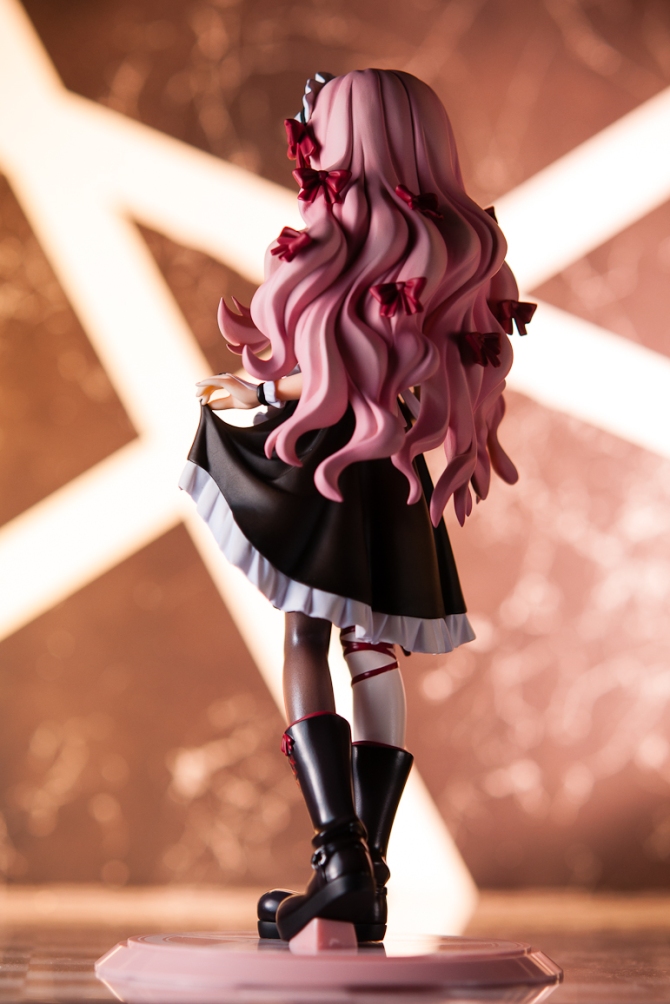 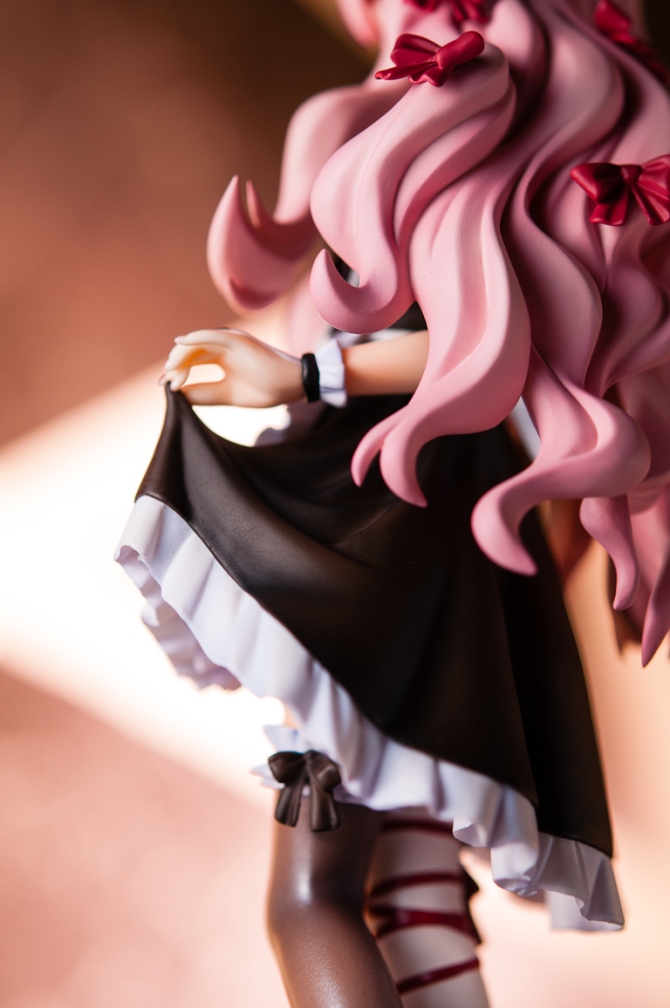 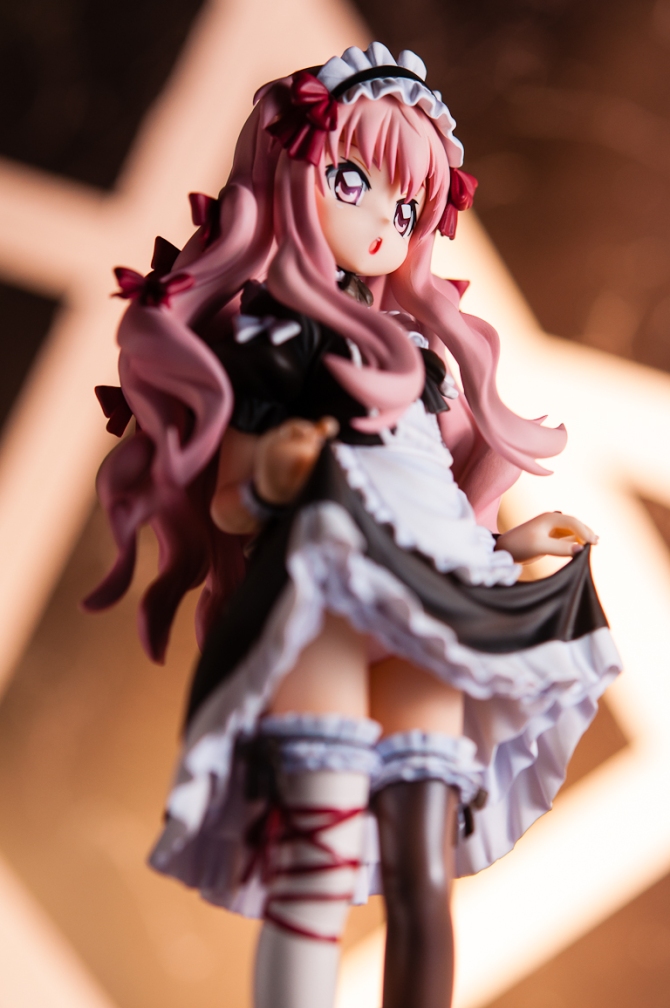 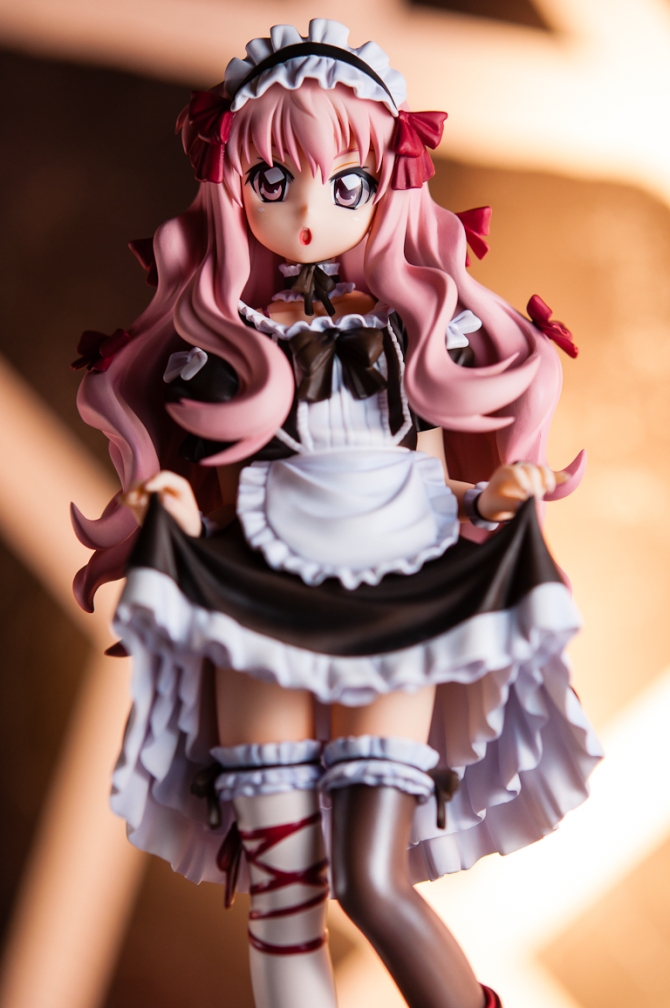 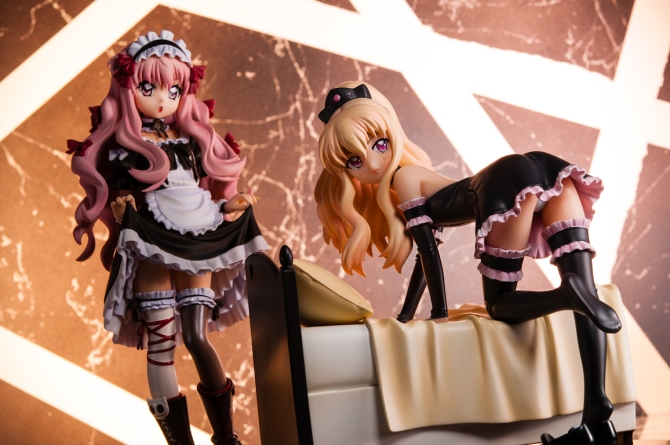 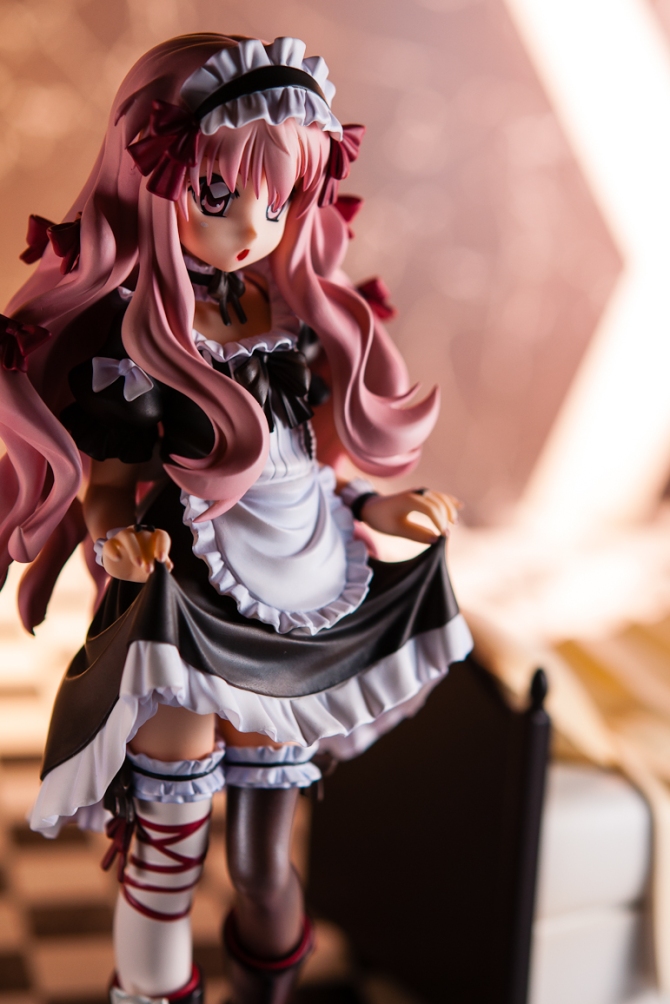 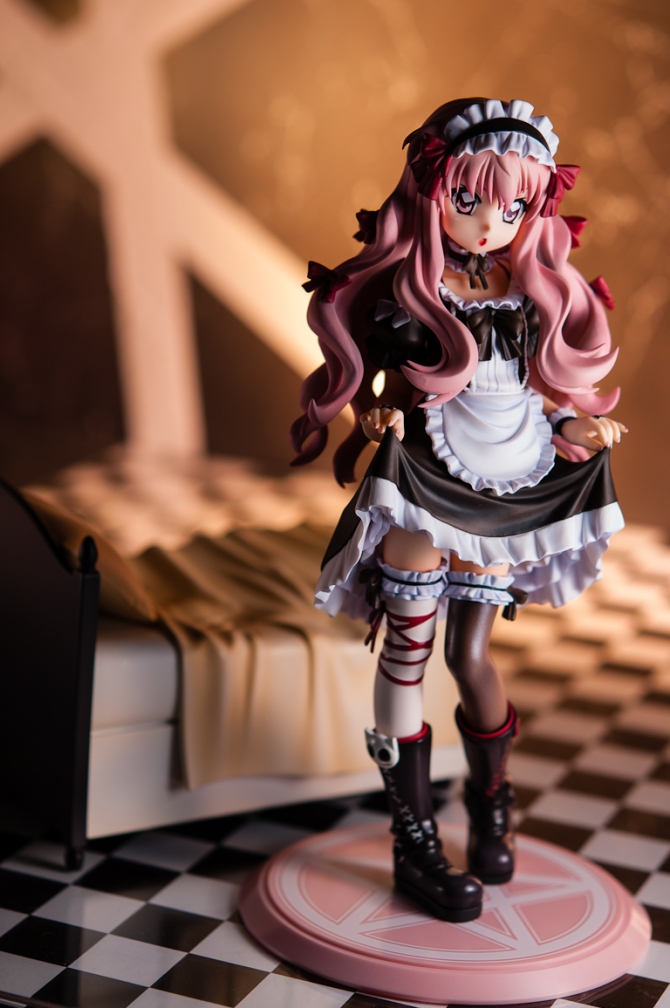 Zero no Tsukaima is a series where I feel the whole is greater than the sum of the parts. My viewing is limited to the first season, but I remember enjoying the show a good deal at the time and I felt that it didn’t rely too heavily on any particular crutch typical of comedy-romance series (ecchi, slapstick, etc.). The second and third seasons of Zero lack official North American releases to this day and the license for the first season has lapsed, though Sentai curiously opted to license the fourth series, Zero no Tsukaima F, for eventual NA release. While I’m happy that we’re getting anything new from this series, I’m still pretty miffed that no one felt that the middle two seasons were worth bringing over, leaving fans with no options outside of fansubs.

I’ve long been fond of Louise as a character, both aesthetically and personality-wise. She fits the tsundere archetype to a T. In fact, I’m hard-pressed to think of another character who embodies those traits better than Louise does. It’s a personality type that I frequently find endearing in anime characters, but it’s questionable at best whether or not one could actually live with such a person in real life.

This particular rendition of Louise sees the heroine trade her school uniform (shirt, skirt, thigh-highs, and cape) for something Alter dubs “gothic punk”. Despite that label, Louise is only properly goth-punk from the waist down. Her thigh-high socks and boots look convincing enough, but the upper half is pure French maid without any special trimmings. Pedantry aside, I think the combo works quite well and looks like something Louise might wear in one of her dere moments.

The figure design is actual based on this artwork, which has Louise wearing a goofy, embarrassed expression and holding her skirt in an a highly immodest fashion. I often find that figures translated directly from artwork tend to lose something in the process, but in this case I think the figure actually comes out better than the original. Louise looks less flustered here and has regained some modicum of propriety, which I feel makes for a more effective tease. In revealing less, she heightens the anticipation of the voyeur.

Quality-wise, Louise delivers exactly what you would expect from Alter: crisp, tight sculpt and paint work with a smooth finish. Detail is excellent at this scale, with Louise’s ribbon-filled hair and maid dress being the obvious highlights. Her hair, skin, and maid dress feature a matte finish, while the stockings and boots are more of a semi-gloss.

The display base features a five-sided star etched in white against a pink base color that matches Louise’s hair. The star is a rather obvious reference to the summoning circles that so often appear in magical iconography. I feel that Alter is often a tad too conservative and unambitious in their base designs, and while this isn’t a fancy base design by any stretch, I like it better than Alter’s typical fare.

The aggregate user rating for Louise over at MFC is 9.58 at the time of this writing, which is a high mark and one that I feel is well-deserved. Goth-punk Louise is one of the better Alter figures I’ve had the pleasure of owning, and experienced collectors will know that Alter sets a high bar for craftsmanship. With the re-release of Louise and other recent re-releases like the Saber maids and Narika, Alter shows that they’re willing dig deeper into their back catalog than they’ve shown us in the past. As someone hoping for an eventual Yoko reissue, I find this trend encouraging. On the flip side, those who already had Louise from the first go-round or were hoping that Zero no Tsukaima F would bring some new figure designs will probably be disappointed.

Seeing as this is a re-release, there are plenty of reviews from last time around, as well as a few new ones. Check out these other reviews for an alternate take: