It has become evident from the past couple Wonder Festival events that Kantai Collection (aka KanColle) is the new darling of the figure industry. The moe anthromorphization of naval battleships as cute girls makes for good merchandising and the property owners behind KanColle have done well to spread the love around by letting quite a few different manufacturers take a crack at rendering the various ship-girls in plastic. Amakuni is on the forefront of that effort and they wisely decided to start with arguably the most popular girl in Shimakaze. 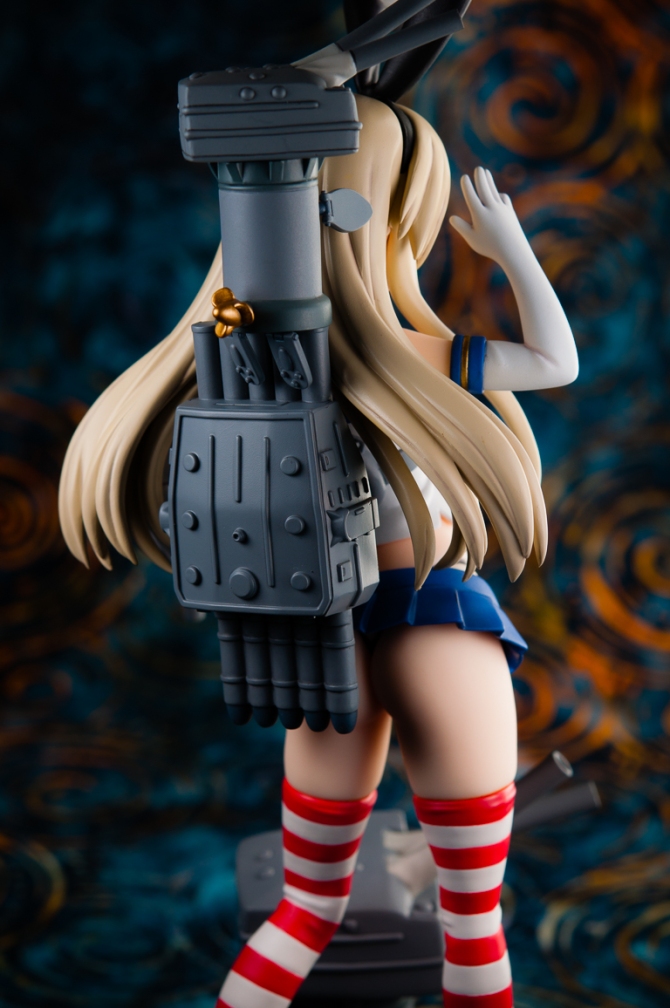 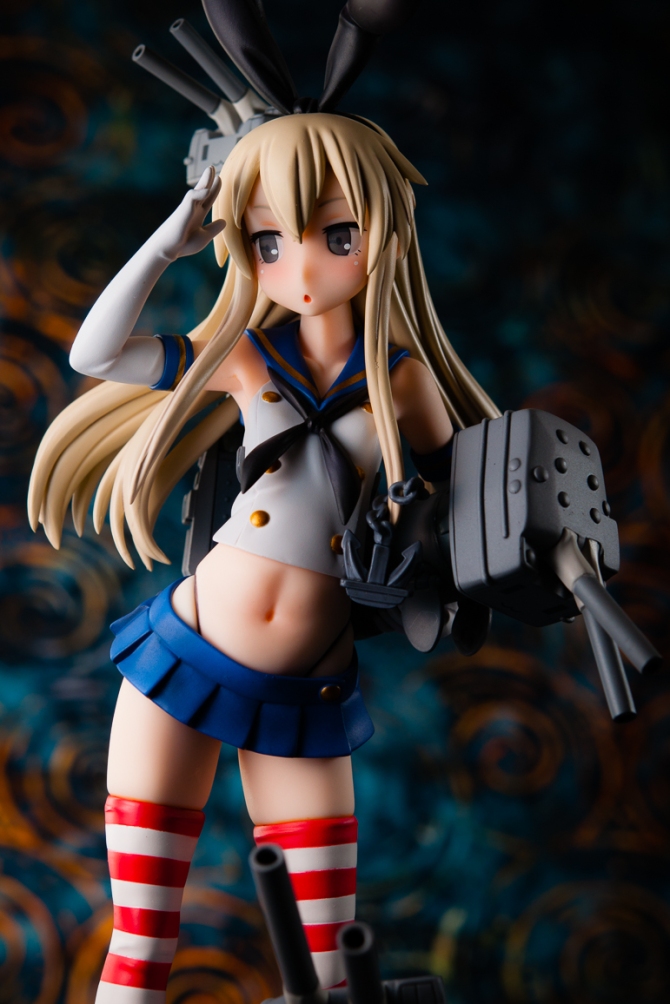 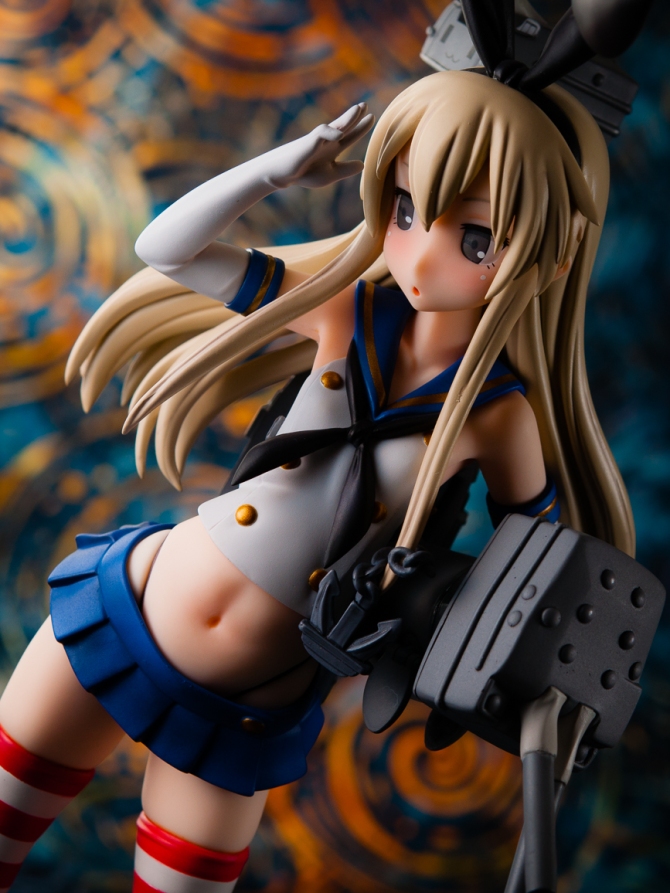 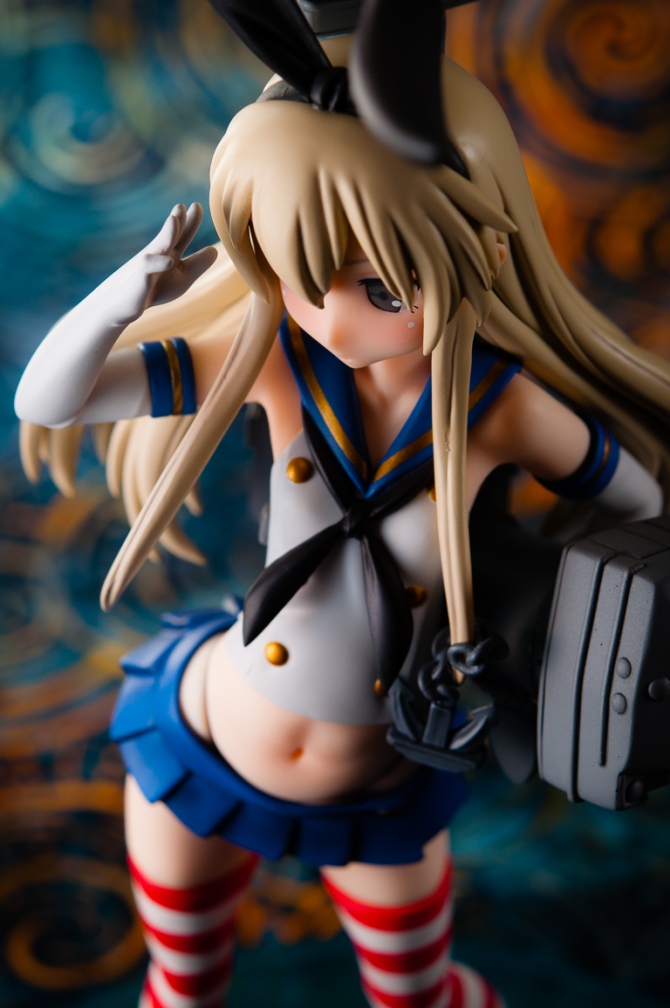 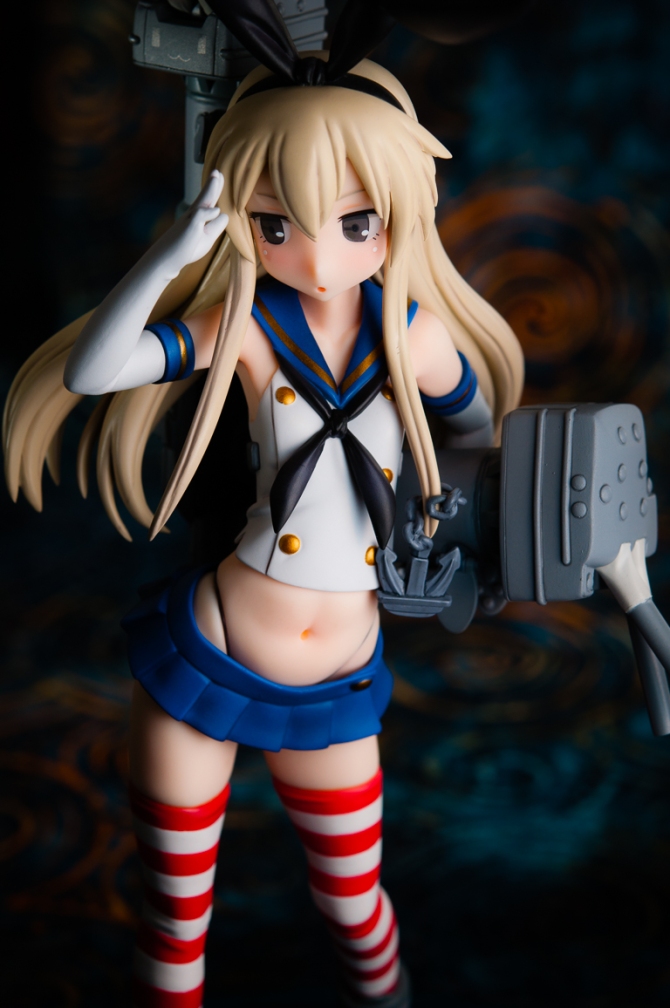 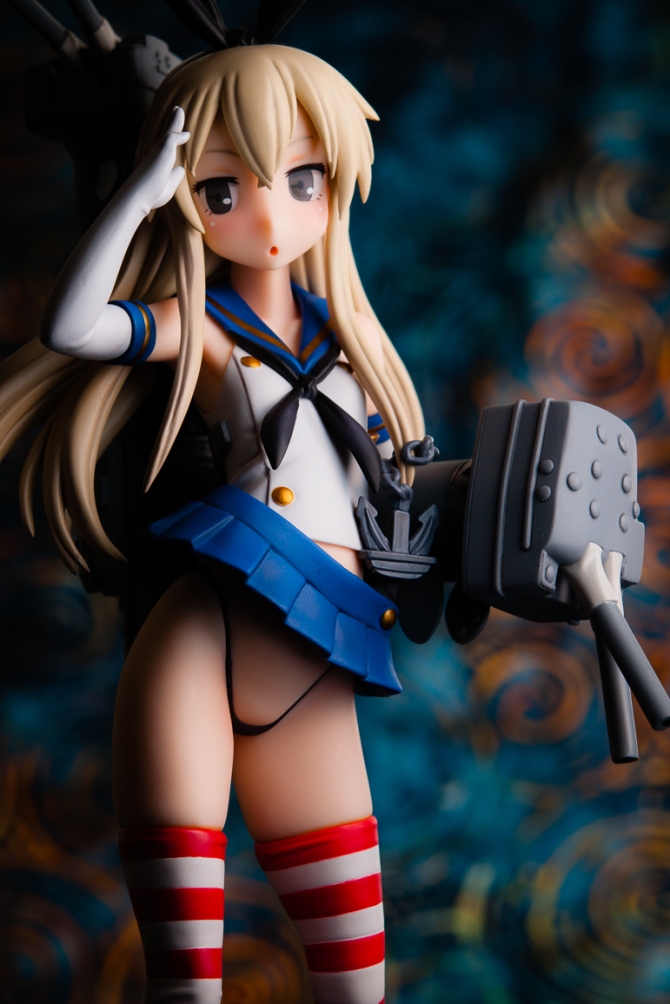 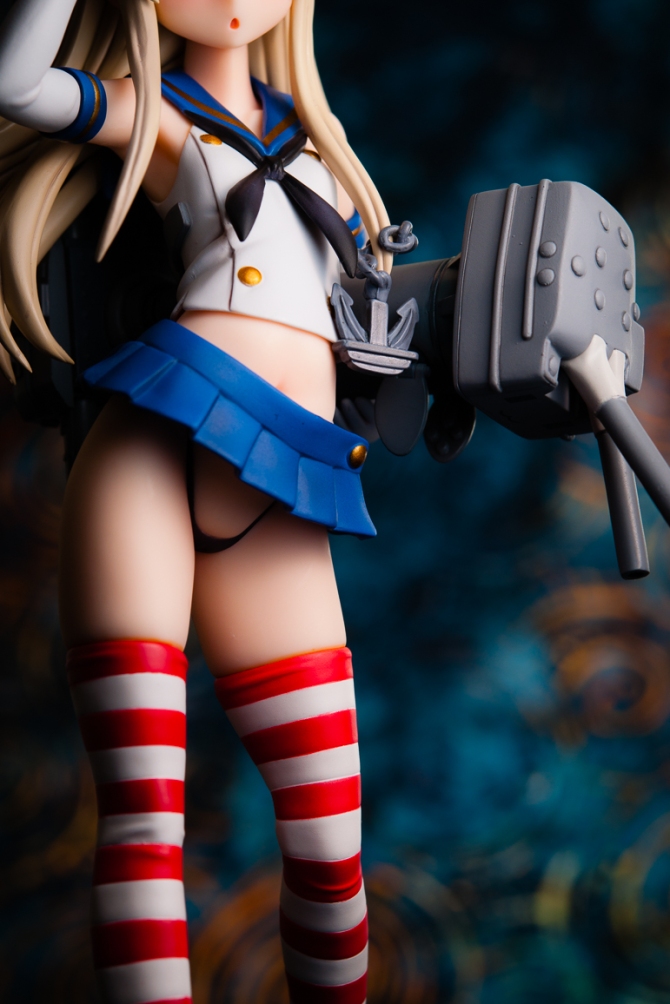 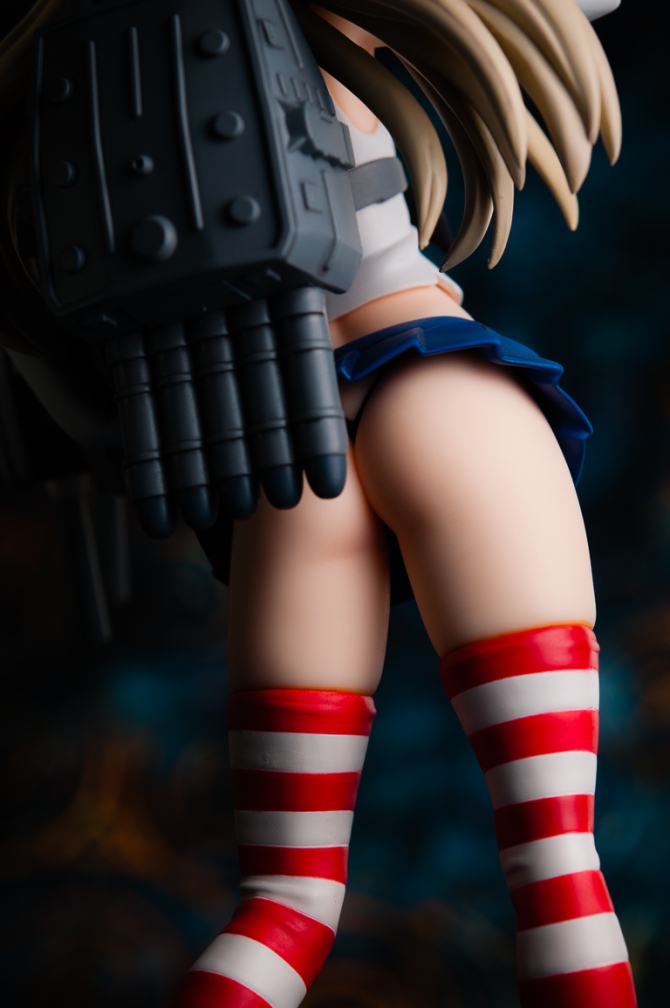 Shimakaze, named after the WW2-era super destroyer, appears as a petite girl wearing a sleeveless seifuku top, striped thigh-high socks, bunny ears, and one very short pleated skirt that does little to conceal a pair of dangerously low-cut thong panties. Look past Shimakaze’s feminine charms and you will find a number of little details like a steam engine backpack, rudder heels, an anchor hair accessory, and the trio of Rensouhou-chan familiars (gun turrets) that bring the design back to the KanColle naval theme.

The design is certainly eye-catching, if not a little exploitive, and I can’t help but wonder how much of Shimakaze’s popularity is due to her outrageous outfit. While many of the character designs for the various ship-girls play to popular fan fetishes, none is quite as bold as this one.

Amakuni’s Shimakaze is seen throwing a casual salute while wearing a rather placid expression typical of her depictions in fanart. I don’t have a good feel for what her personality is supposed to be like, but she strikes me as a deadpan character similar to Reizei Mako in Girls und Panzer, who I throw out only because that show is fresh in my memory.

Amakuni’s paint work on Shimakaze is neat and tidy, if somewhat flat. There’s not much in the way of complex shading, but it works as-is. The sculpt isn’t particularly dynamic, but it does present Shimakaze in an attractive way and there are a few nice, subtle details like the way her panties and thigh socks dig into her flesh.

The display base is a tad large, presumably to accommodate both Shimakaze and the largest Rensouhou-chan, and features the same unusual mechanics as Volks Miku where pegs on the figure’s feet insert into the base instead of the other way around. The translucent plastic features a subtle design, but the material is dark enough that the details aren’t readily apparent without close scrutiny, at least when placed on a dark surface.

Shimakaze was a Hobby Japan exclusive release, as has been the case with all the Amakuni-branded products to date. There isn’t much to say about exclusivity that hasn’t been said already. Higher pricing is given, but at a time when prices are up industry-wide, I found Shimakaze’s pricing to be surprisingly reasonable. Hell, GSC’s Shimakaze is roughly ¥2,000 more than what I paid for Amakuni’s offering and while GSC’s version is arguably more complex, I think the two are more similar than the price differential would suggest.

All in all, I’m quite happy with my Shimakaze pick-up. Amakuni crafted an attractive figure and avoided technical flubs in the process. As usual, I’m not the first to review Shimakaze, so check out Reflective Boundary and Bakayaro for some quality photos and an alternate take.