I try to keep this blog tightly focused on figure collecting, frequently at the expense of exploring more general anime culture, but I wanted to stray the course long enough to share the spoils from a few hours at my local anime convention, Anime Weekend Atlanta.

I’ve probably done AWA five out of the past six years, but what started as a weekend-long immersion in my favorite hobby has gradually scaled back to little more than a glorified shopping trip. I think it’s mostly the been there, done that effect–I arrived at the same point with DragonCon after a similar span of time–but I’m also finding myself feeling a bit out of place as a late twentysomething amidst the teen-heavy con demographic.

Enough depressing introspection. On to the swag! 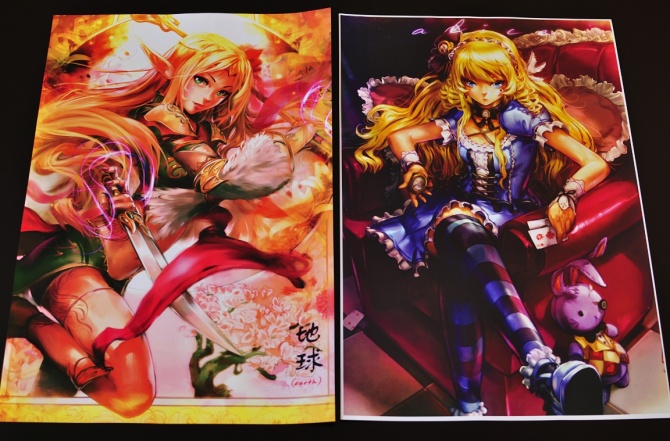 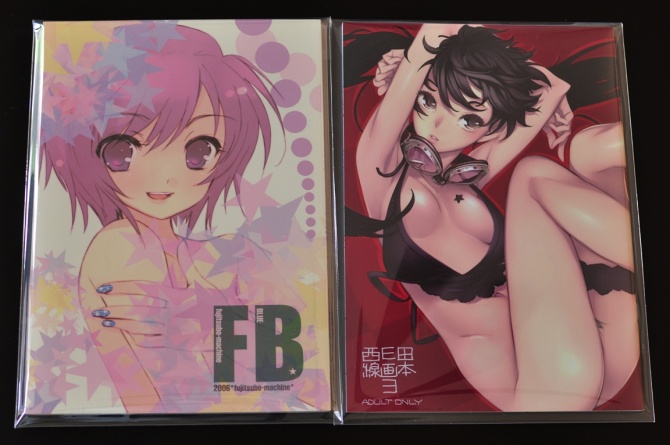 Picking up some doujinshi is almost a given for me at AWA, but I also found a few goodies in the Artists Alley this year. In the past, I would also try to pick up at least a couple Japanese promo posters to frame and hang on the wall, but the number of vendors bringing posters to the show has dropped way off from when I first started going to AWA. It’s too bad, really. I love the fusion of art and kanji/kana that the promo posters provide.