I don’t have any new reviews ready yet and there have been several interesting new releases since my last roundup, so I’m doing this post earlier than usual. February’s roundup was kind of lengthy anyway, so maybe this is for the better. ^_^’ 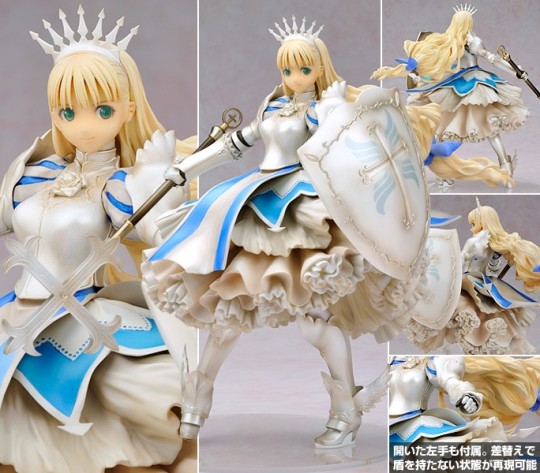 Alter showed off their upcoming Clalaclan figure at WF2010W, but she really didn’t catch my eye for whatever reason until I saw these official release photos.

Clalaclan definitely isn’t my favorite Shining Wind character–I’m embarrassed to admit that I actually thought her name was “Clanclan” previously–but Alter’s rendition is looking awesome in her full battle regalia. There are a lot of unique and interesting visual details to be had here, like the multi-layered skirt and diadem, but I particularly like the medieval shield, which is a relative rarity among anime figures.

There’s a pretty decent chance I’ll be picking this one up. ^_^

Here we have the completed version of Kotobukiya’s prototype Feena Fam Earthlight previewed earlier at WF2010W. The good news is she looks much, much better than I thought earlier. The bad news is she’s another Japanese online and mail order exclusive. -_-

I’m a bit conflicted on this one. Feena is rather high on my list of characters for whom I want a nice figure and Koto’s Feena looks pretty good from what I can see here. That said, this is a terribly expensive figure for its size and my (limited) experience with Koto in the past has been decidedly average. IMO, average doesn’t cut it from a 12,000 yen 1/8 scale mandatory-proxy-buy figure.

So, do I give Koto the benefit of the doubt or hope for another Feena?

Max Factory’s new Seena figure is–from what I’m reading–the first of four Shining Wind figures we should expect to see from MF this year. I’m not terribly exited about this particular figure–I think the outfit and pose are rather plain–but I am optimistic about the prospect of more Shining Wind figures from a top manufacturer like Max Factory in the near future. Personally, I’m hoping to see Xecty in her normal outfit. 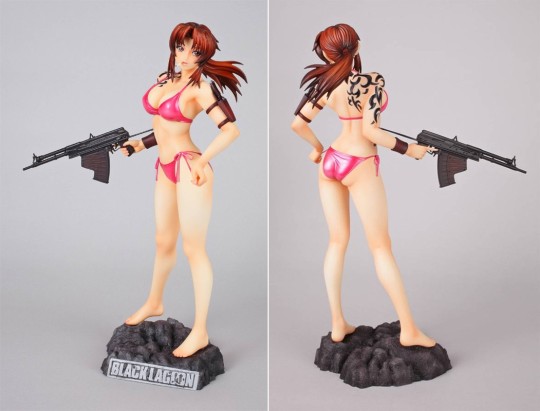 New Line actually managed to sneak their new Revy announcement last month after my February recap post, so I’m covering her in March. -_-

Black Lagoon initially flew under my radar, but it proved to be a great series once I got around to checking it out. Revy totally makes the series work and she’s a great character that deserves some great figure treatment.

Unfortunately, I have yet to see a Revy figure I really like and I think New Line missed the memo on this one. The bikini feels terribly out of character for Revy and smacks of blatant fan-service on New Line’s part, which is really too bad considering that their other Revy might well be the best one to date.