This time I will be looking at Alter’s take on Kazuno from Kyoukai Senjou no Horizon (Horizon in the Middle of Nowhere). 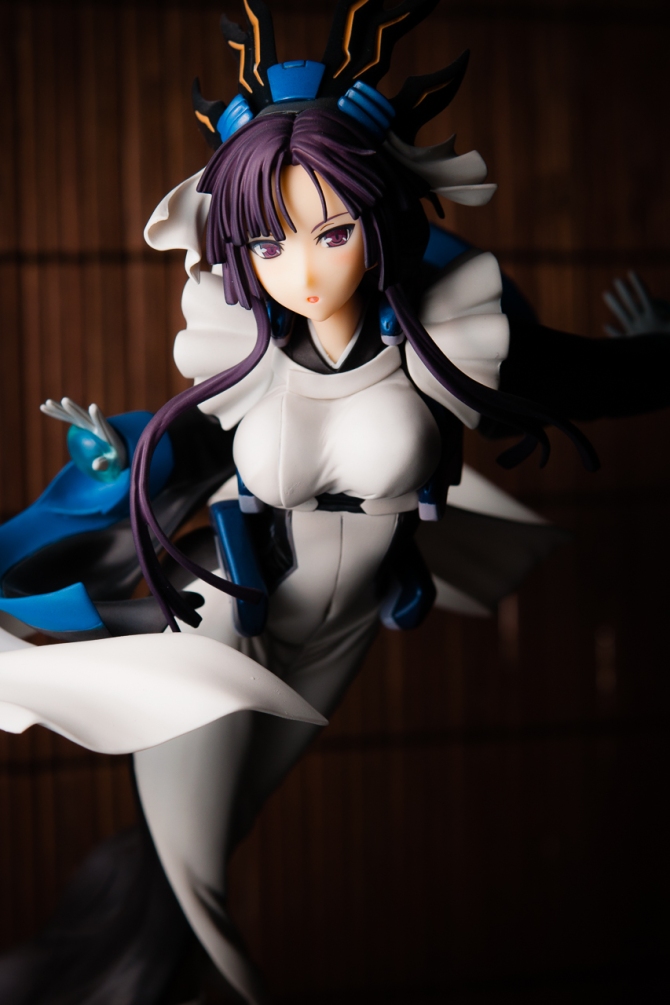 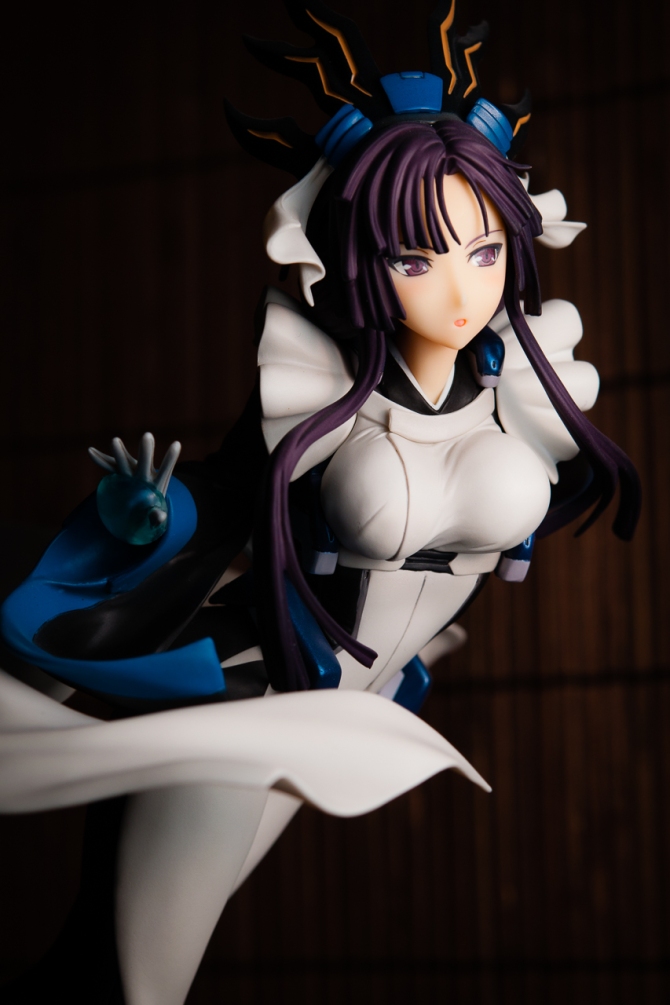 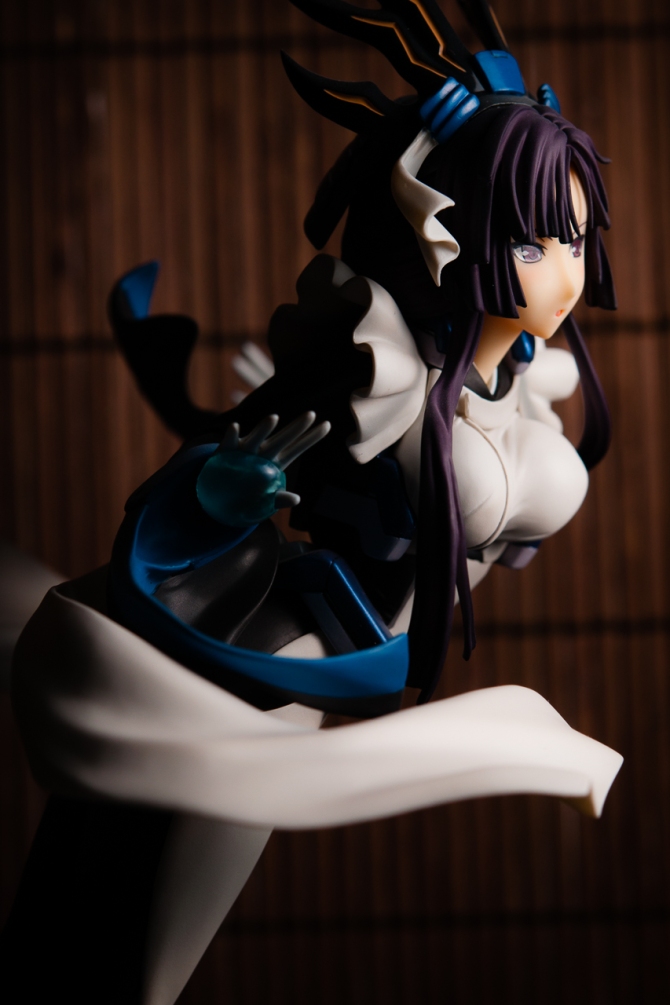 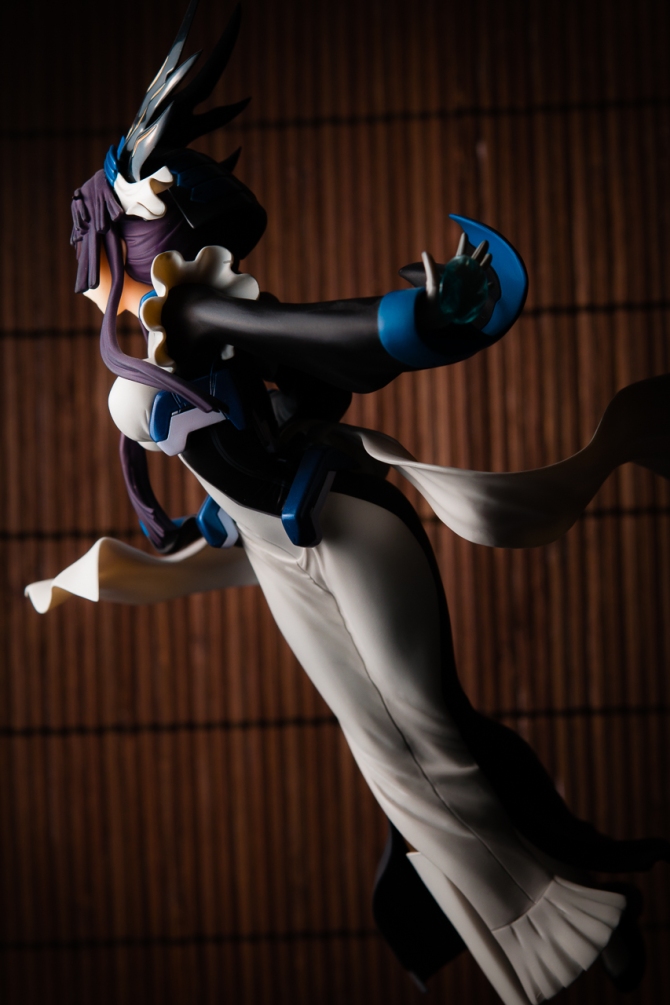 Horizon was a pretty decent sci-fi anime with a gorgeous setting and some pretty attractive character designs. Sadly, few of those designs made the journey to PVC, with Kazuno here being one of the most notable examples. Kazuno is a minor character in the scope of the anime, but she does feature prominently in one of its more memorable battle scenes.

This figure was a bargain bin pickup from AmiAmi. Even with the steep discount that entails, Kazuno still exceeded the $100 threshold thanks to being too large to qualify for SAL Small Packet shipping. Her boxed girth owes entirely to the two large blade props included with the figure, a reference to Kazuno’s aforementioned battle scene. At 400 mm, the blades are large enough to be impractical for shelf display and I didn’t feel like I could effectively utilize them in a photo shoot, so I didn’t even bother removing them from the packaging.

Examined on a technical level, Kazuno is a fine figure. Paint and sculpt quality are pretty much what I’ve come to expect from Alter, which is to say very good. She even includes a rather nice diorama-style base depicting a damaged roadway, which is a nice touch and not the style of base I would typically associate with Alter. The base and pose, which can be changed slightly with a replaceable arm part, serve to recreate Kazuno’s memorable battle scene.

The pose also has the unfortunate effect of tilting Kazuno’s head and body toward the ground, which makes the figure ideally viewed from slightly below level. This is an aspect of the figure that doesn’t come across particularly well in photos, but it’s something I found to be a bit disappointing when evaluating Kazuno in person.

This figure never quite clicked for me the way I thought it might. The quality is there, but Kazuno is a bit lacking in shelf presence and I think the pose is at least partly to blame. Unfortunately, I’m at a point where shelf space is at a premium and there are plenty of other figures I think I would appreciate more, so out she goes.