I felt it would be a dubious achievement to go a full year without a new review, so let’s pick up where we left off with the next girl in the Seven Deadly Sins series: Lucifer, the image of Pride, by Orchid Seed. 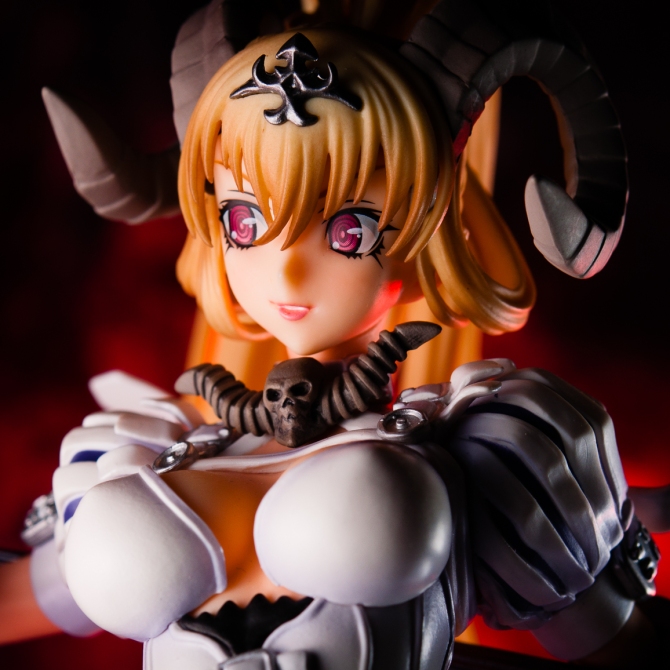 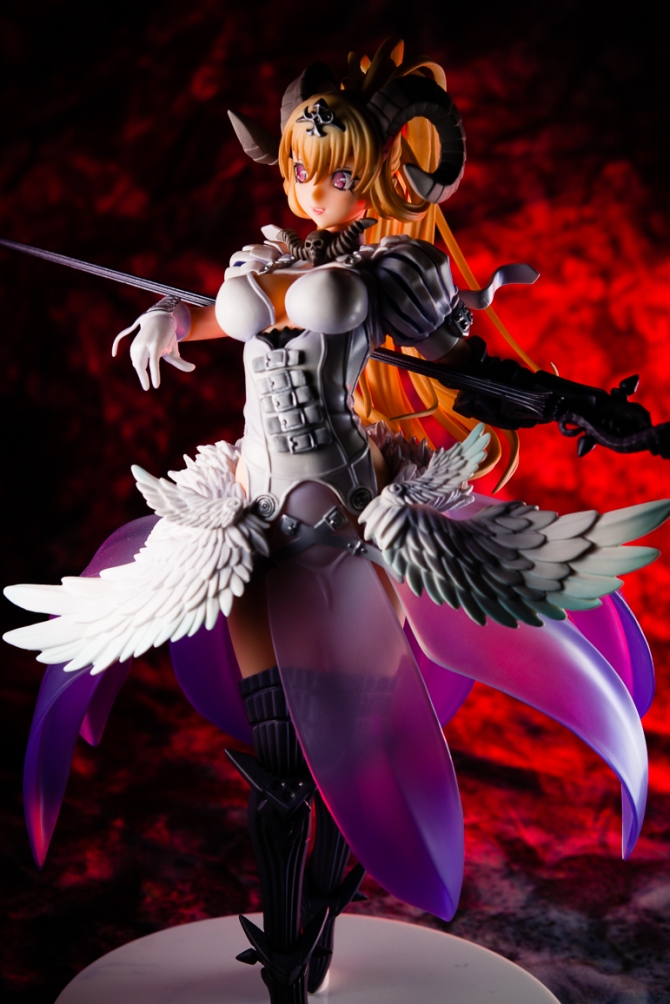 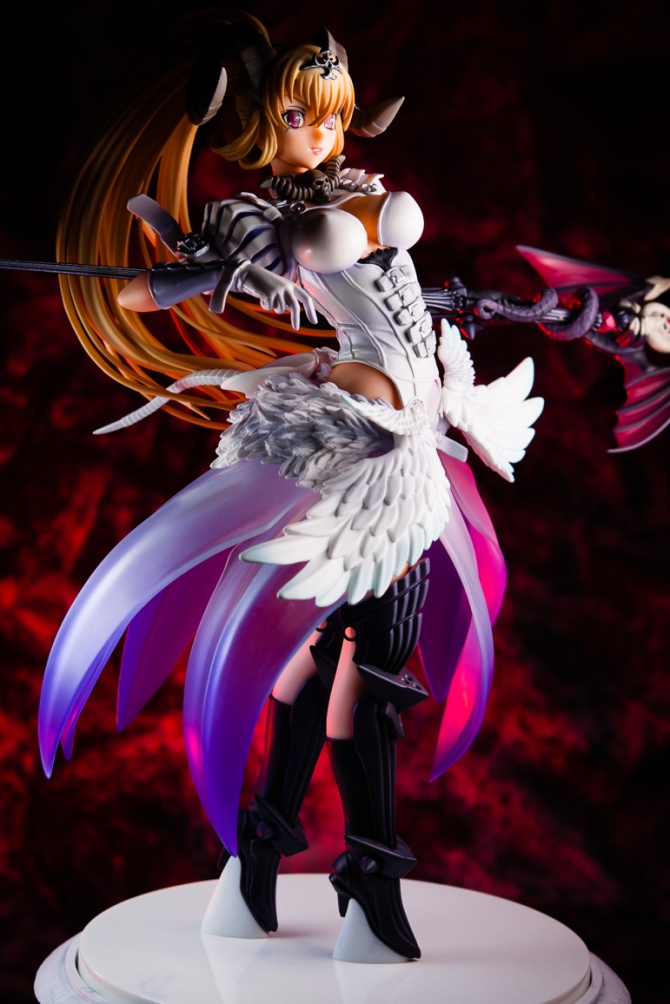 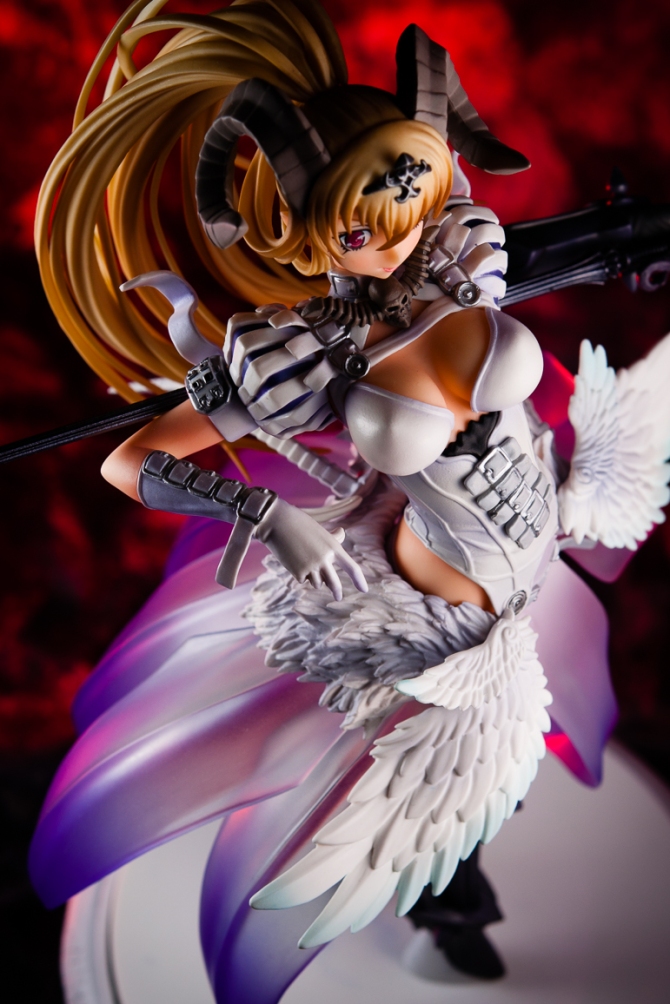 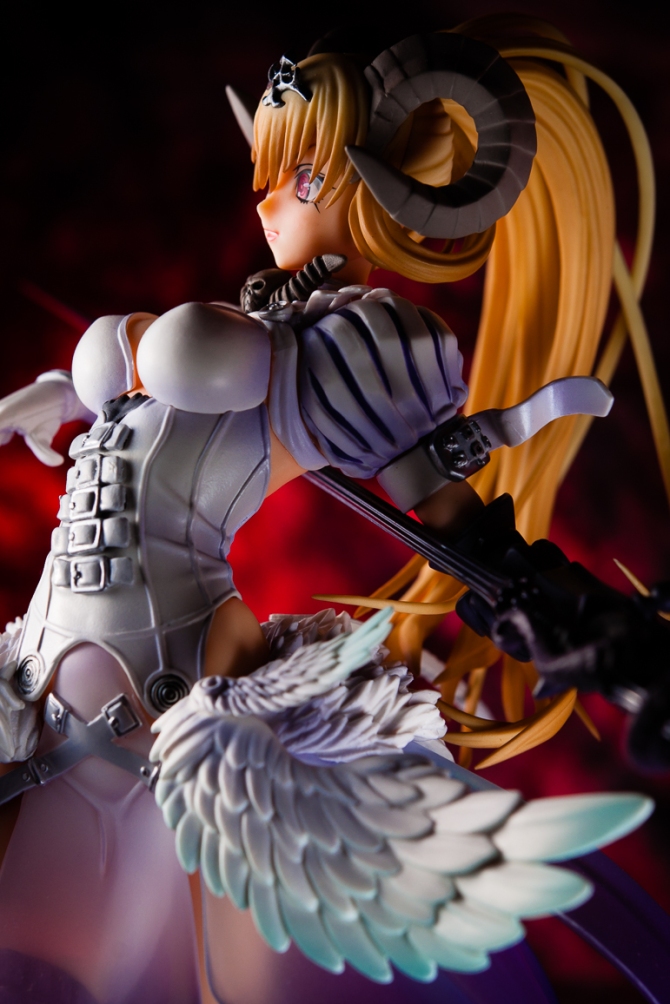 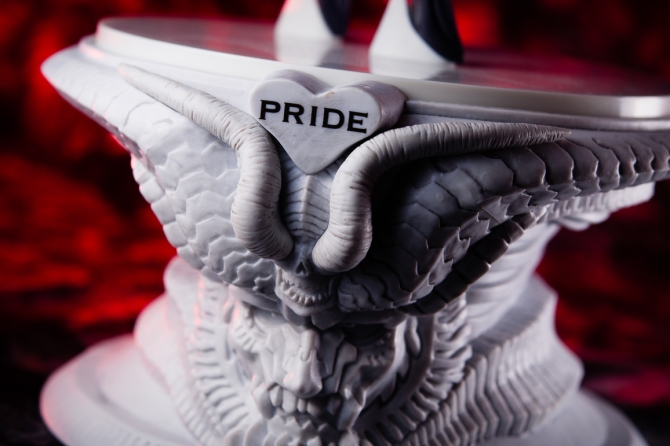 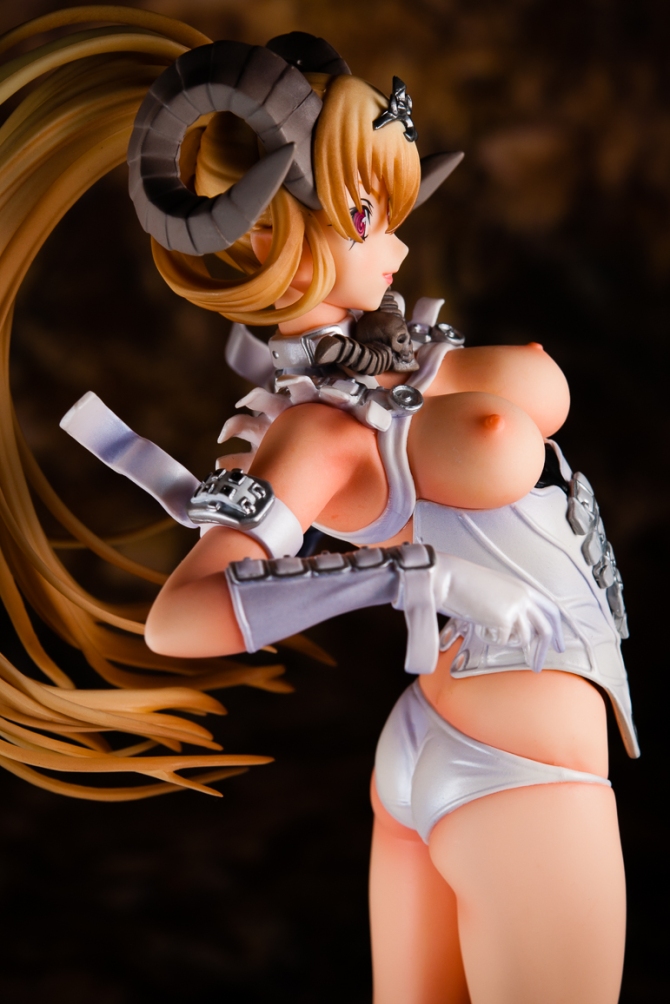 Lucifer is the third demon girl from Hobby Japan’s Seven Deadly Sins franchise to make the jump to PVC. Amakuni and Orchid Seed have been taking turns releasing 7-Sins figures, starting with Orchid Seed’s Asmodeus, then Amakuni’s Leviathan, and now Orchid Seed again with Lucifer. As was the case with Amakuni’s Leviathan, this figure didn’t immediately command my attention, but the brief Orchid Seed ban over at AmiAmi shortly after Lucifer opened for preorders helped add some urgency to the buy or skip decision. Fortunately, the design has only grown on me over time, so I was eagerly anticipating this figure by the time of its release.

As with all the 7-Sins girls, Lucifer is a demon princess; the very embodiment of one of the cardinal sins. Lucifer’s vice of choice would be pride, which is reflected in her regal bearing and self-satisfied smirk. I get the impression that Lucifer is supposed to be the ringleader for the other girls, as she appears front and center in many of the promotional materials released thus far.

I find it rather amusing that Niθ chose white as the primary color of Lucifer’s outfit, given the longstanding association of the color white with themes like purity, innocence, light, and elemental good; any of which would seem to run in direct opposition to the traits that come to mind when trying to envision demonic royalty.

Lucifer is a very well-crafted figure. I don’t have very many Orchid Seed figures, but I have been consistently pleased with those I do have. There’s some nice detail on display and the paint and sculpt work hold up well under close inspection. I was somewhat disappointed that Lucifer is only 1/8 scale given that Orchid Seed rarely goes smaller than 1/7 scale, but I suspect that Hobby Japan dictated the sizing for the 7-Sins series and Lucifer is on par with 1/8 scale figures from most other manufacturers.

It’s hard not to compare Lucifer to Leviathan given their common heritage. Leviathan’s biggest failing was a difficult cast-off implementation. Lucifer fares far better in this area, which shouldn’t surprise given Orchid Seed’s expertise in the area of cast-offs. The cups of Lucifer’s corset come off to reveal a healthy pair of breasts. The cups cleverly feature a small glob of tacky material inside that helps keep them in place, while still being easily removable. Lucifer’s skirt is also removable by disconnecting the torso from the lower body where it connects hidden underneath the corset. This feature gave me a bit of a scare during unboxing as the skirt fell out as soon as I lifted Lucifer out of the box, which led me to believe that I might have broken something. Lucifer’s corset and panties don’t come off, which will probably disappoint some potential buyers, but I think this is where Orchid Seed’s experience helps them strike a balance by revealing enough skin to titillate observers while not overly compromising the clothed design.

Another mark against Leviathan was her Hobby Japan exclusivity, which Lucifer also manages to correct by becoming the first standard issue figure from the franchise. (Orchid Seed’s Satan figure also recently opened for preorder as a standard release.)

The display base design for the 7-Sins figures stills gives me mixed impressions. I appreciate the attempt to do more than your standard flat base with some logo work and achieve something unique, but I also feel that the design comes up a little too impractical. The full base adds a good 30-40% to the standing height of the figure, making it too tall to fit inside my normal display shelf spacing. The full-height base is optional in that you can detach the top and use that as a more traditional base, but the full design is quite heavy and that weight affects shipping, which is no small part of why Lucifer earned the dubious distinction of having the most expensive SAL Small Packet shipping bill I’ve ever seen for a figure.

All in all, this is a very nice figure that I’m quite happy to have in my collection. Orchid Seed fixed the biggest complaints I had about Leviathan and didn’t really introduce any new ones. If you’re still on the fence, check out the reviews at Reflective Boundary and Bakayaro. The latter is all in German, but everyone should be able to enjoy the pretty, pretty pictures.

Looking ahead, I don’t see myself collecting all of the Seven Deadly Sins girls. I already skipped Asmodeus and some of the yet-to-be-released designs don’t look particularly appealing. This bugs me slightly in that the 7-Sins figures are more of a themed set than most, but I feel it wouldn’t be prudent to pick up figures I don’t really love just so I can say that I have a complete set.