Periodically, I like to take a look at new figures that are available for pre-order. This isn’t intended to be an exhaustive list, but rather a selection of new releases that I personally find interesting or notable.

Another exciting WonFes has come and gone, which means it’s probably a good time to take a look at the backlog of figures from my preorder short list.

(Actually, I’m not timing these posts around WonFes. That’s just how long it takes the backlog to reach critical mass.) 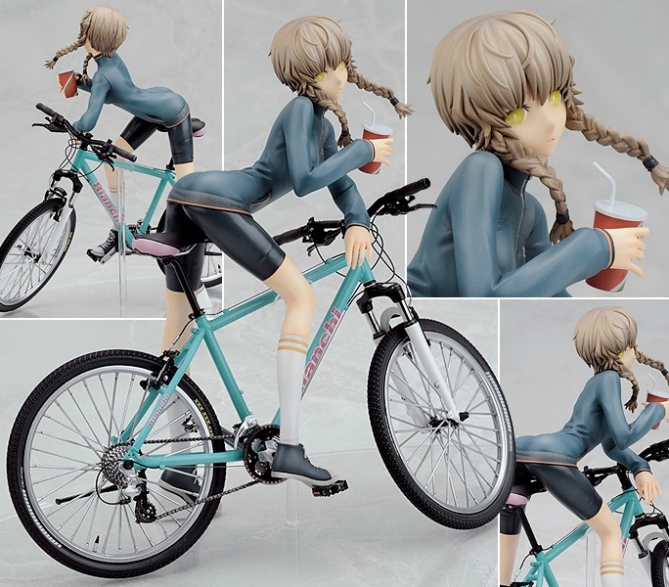 When I saw this Suzuha from Alter, I was surprised that they had chosen this particular source artwork to make into a figure, as bicycles, much like motorcycles, rarely seem to make the cut as props for bishoujo figures. Now, I suspect that the Nyantype-sourced reference artwork on which this figure is based was much more about showing off Suzuha’s ass than her ride, and her rump certainly features prominently into the eyeball test here, but I think the most impressive aspect of this figure is the level of detail they’ve managed to imbue in the bike at 1/8 scale. Not surprisingly, this one’s rather expensive at  ¥11,800, but that scarcely factored into consideration as the gorgeous sculpt and Alter track record make this Suzuha an instant get for me. Hopefully, they won’t screw up the support stand design the way they did with Naoe. 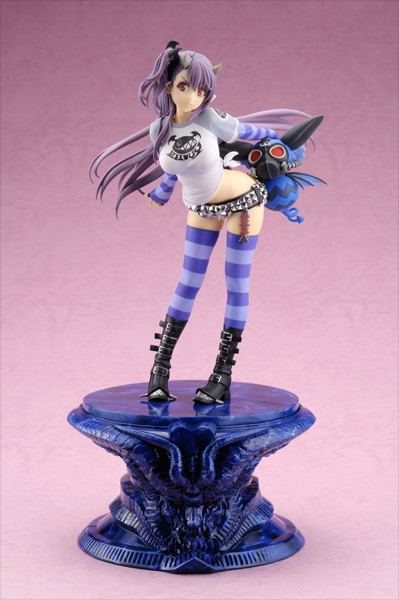 Leviathan is the second character to receive the figure treatment from Hobby Japan’s latest original franchise, the Seven Deadly Sins. I wasn’t initially that interested when I saw the unpainted prototype, but this is a case where seeing the painted version dramatically changed my outlook on the figure. I like the cool colors and the punk stylings of Levi’s outfit, along with her tsun-tsun expression. She will feature a cast-off, which concerns me a bit with this type of outfit because there’s a lot of potential for obvious, ugly seams in the clothing, but the Queen’s Blade figures seemed to come out alright, so I’ll reserve judgement for now.

The real question mark here is the maker. From what I gather, Hobby Japan has launched their own figure brand in Amakuni and Leviathan is one of the first figures to credited to that name. What this means from a quality perspective is anybody’s guess, but I’m thinking that it’s highly unlikely that HJ will actually manufacture anything themselves, so I expect them to continue to outsource the actual production to other companies like they’ve done in the past.

Curiously, Anime Island actually has Levi listed as a MegaHouse figure. Now, that could be a mistake on their part, but HJ has worked with MegaHouse in the past (Queen’s Blade), so it wouldn’t be a huge surprise to see them working together again here. 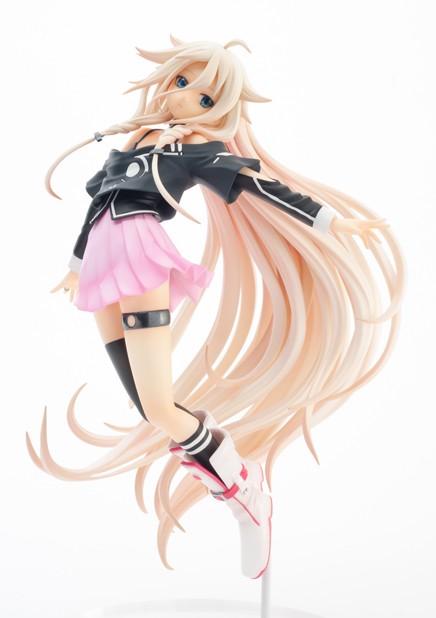 Relatively new manufacturer Aquamarine will be releasing this PVC rendition of IA, another Vocaloid character like Hastune Miku. The sculpt is based on the cover artwork for IA’s first voicebank, which features a wonderfully dynamic pose that imbues IA with an aura of serenity and grace. The painted prototype certainly looks the part, so IA should be a hit assuming Aquamarine doesn’t make any rookie mistakes in the quality department. I’m giving them the benefit of the doubt and have placed my preorder accordingly. 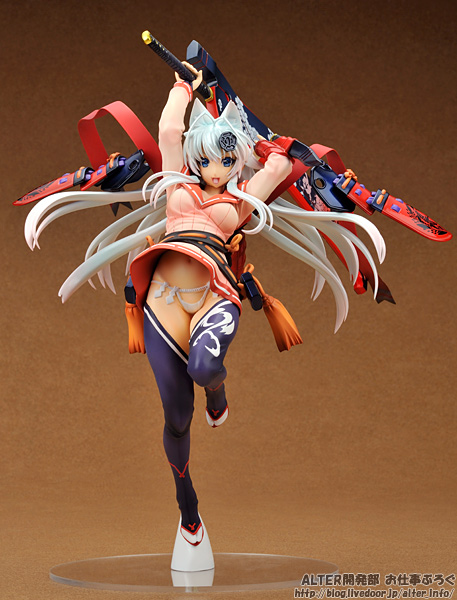 It would appear that Alter and Hobby Japan aren’t quite done with the Hyakka Ryouran series, as evidenced by this new “silver” Jubei. I certainly like the dynamic pose Jubei is holding here and she looks different enough from standard Jubei to feel like a different character, so I wouldn’t feel entirely silly displaying her alongside normal and swimsuit Jubei. On the other hand, this is yet another pesky HJ exclusive and my back-of-the-envelope calculations put this figure at around $175 after shipping and proxy fees, which is a lot to ask of a 1/8 scale figure with only a modestly intricate sculpt.

I’m not sure I like what they did with her mouth, either, opting to change an expression of surprise into one of glee. It’s not a horrible or surprising change, but I feel that the expression seen here is overused in bishoujo figures whereas the source art would have been a little more original and could have worked just as well. 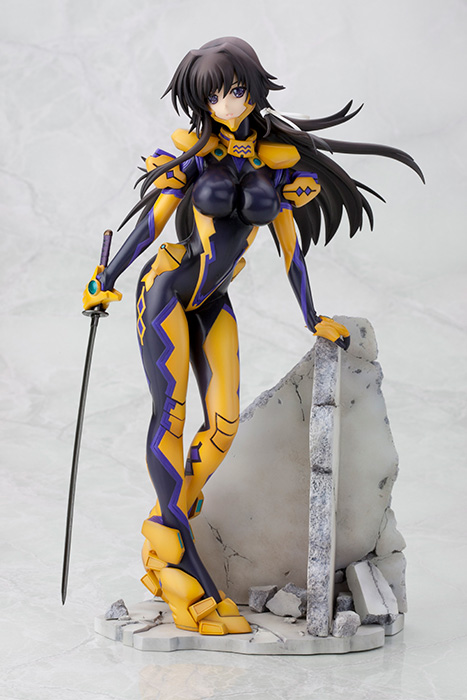 Finally, a Muv-Luv heroine in her fortified suit! It’s disappointing to see the most interesting and unique visual design aspect of the Muv-Luv series only getting some attention after all the generic swimsuit/kimono/<insert-fan-service-fetish-outfit-here> options have been exhausted. I’m still not overjoyed to see Kotobukiya being the one to finally deliver this suited Yui, but she does at least appear to feature a lot of glossy paint, which I feel is somehow harder to screw up. (A good thing, as I feel that paint quality is where Kotobukiya usually falls short.) The fact that Koto US pricing is also pretty agressive means that I can probably give Kotobukiya the benefit of the doubt on this one. 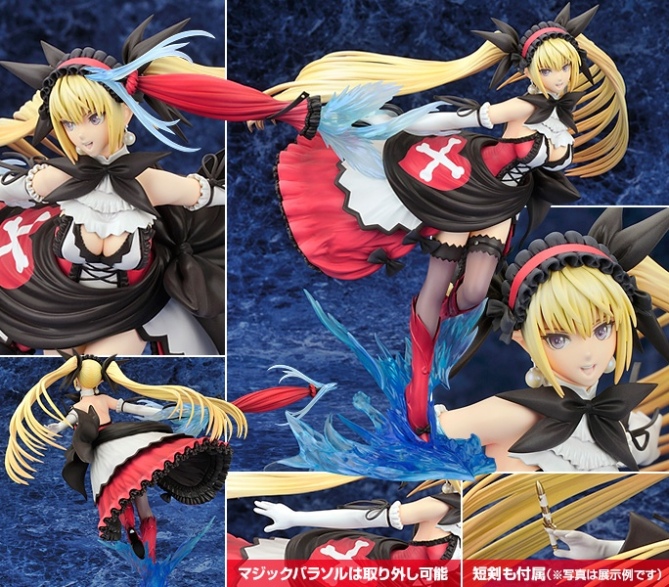 It’s nice to see Alter jumping back into the Shining figure arena to compete against Kotobukiya and Yamato–who have been consistently pushing out modest, but not overly ambitious designs–after a roughly two-year hiatus following the well-regarded Houmei. Alter has created an impressively detailed sculpt that really imbues Mistral with a sense of vitality, which combines with a vivid, high contrast color palette to make a very eye-catching figure. Mistral was about as “instant get” as anything I’ve seen come along in the past few years. The only fault I can find is with the ¥13,000 price tag, which is moto-Saber and Godoka territory. 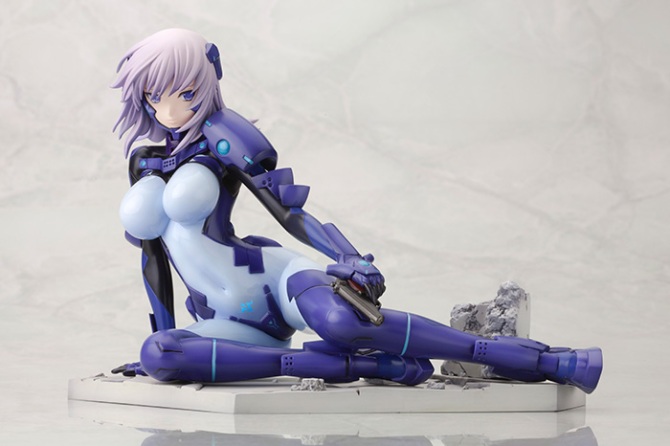 As with Yui (above), Muv-Luv’s Cryska is also getting the fortified suit treatment. Of the two, I think I prefer Cryska for the rich blues and violets in her suit and hair. Both Yui and Cryska appear to feature a scenic (textured terrain) base, which is a detail I always appreciate over a flat plastic design. I wonder if the two will be designed to link together. 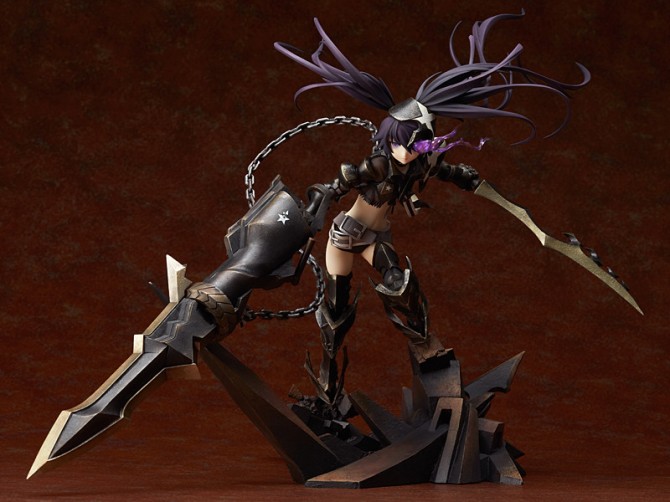 Insane BRS may be GSC’s most ambitious BRS-related sculpt yet. She looks mighty impressive and carries a price tag to match (¥13,143). I passed on both Black Gold Saw and Strength and ended up regretting those decisions more than most. There won’t be any non-buyer’s remorse this time as I already have Insane BRS on order, but I may find myself with the opposite problem if GSC somehow flubs this release. I’ve seen people making reference to a drop in GSC’s quality of late, though I have yet to see evidence of that for myself.

I’m still disappointed to see no indication that a scale version of White Rock Shooter is in the cards. That figma looks badass. 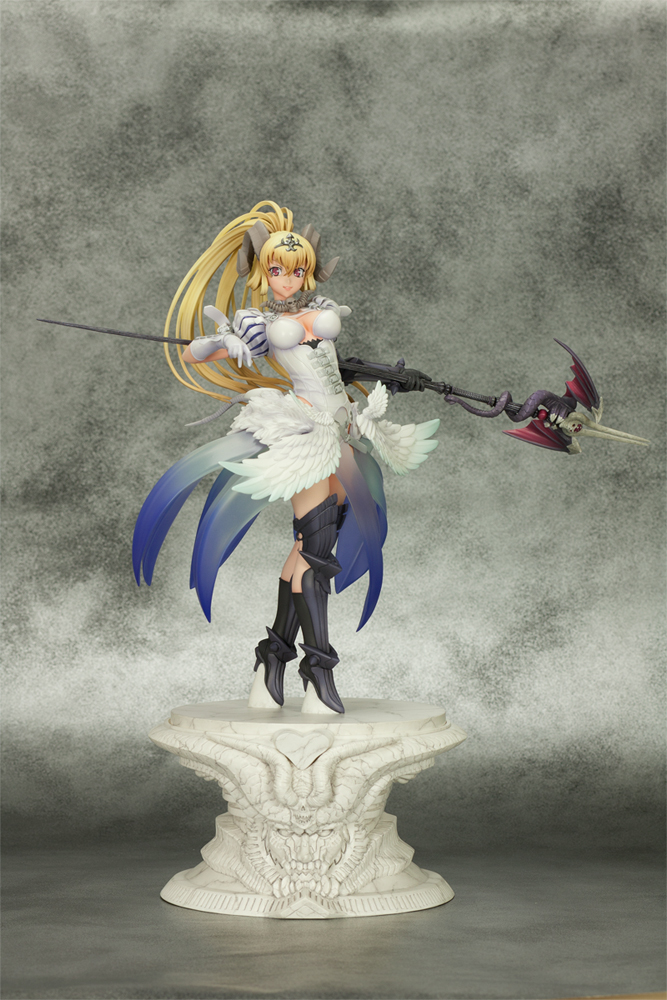 Like Leviathan, Lucifer is another one of the Seven Deadly Sins girls. She is the first in the lineup to be portrayed wielding a weapon and also the first available outside the exclusive realm of the Hobby Japan mail order catalog and web store.

Lucifer was also at the center of some minor drama when AmiAmi suddenly delisted all Orchid Seed products from their English site in early October, a short time after preorders had opened, prompting fan outcry and rampant speculation about the cause of the removals. I only mention this latter detail because I wasn’t initially interested in the figure and I feel like the extra consideration given to this figure as a result of that brief period of uncertainty directly translated into a preorder.