I don’t think Saber needs any great introduction. She’s easily one of the most iconic anime characters from the past decade and I can think of precious few characters who have received more figure reproductions. 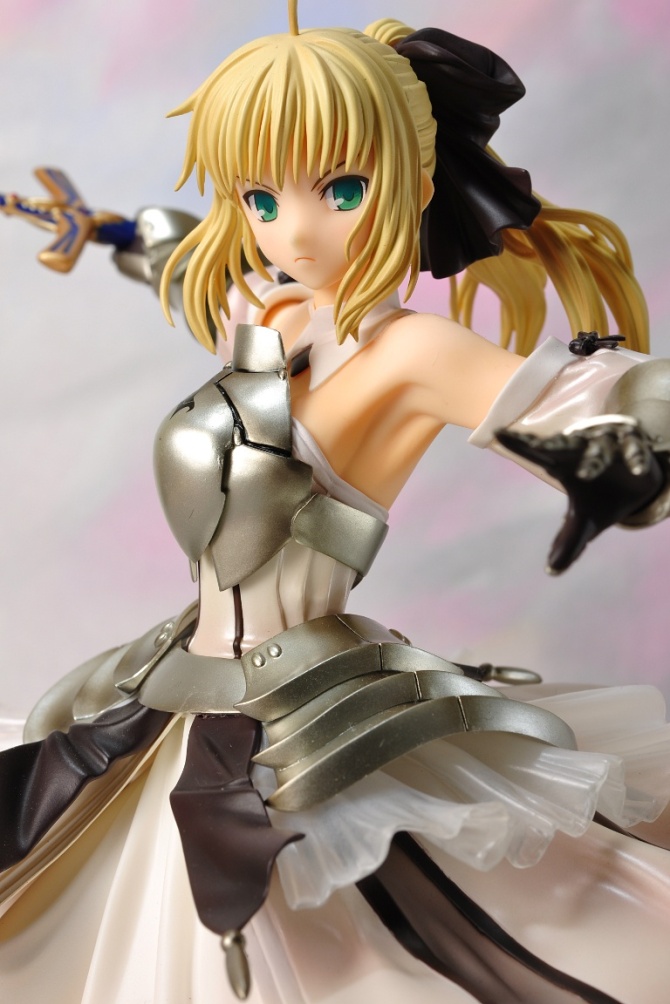 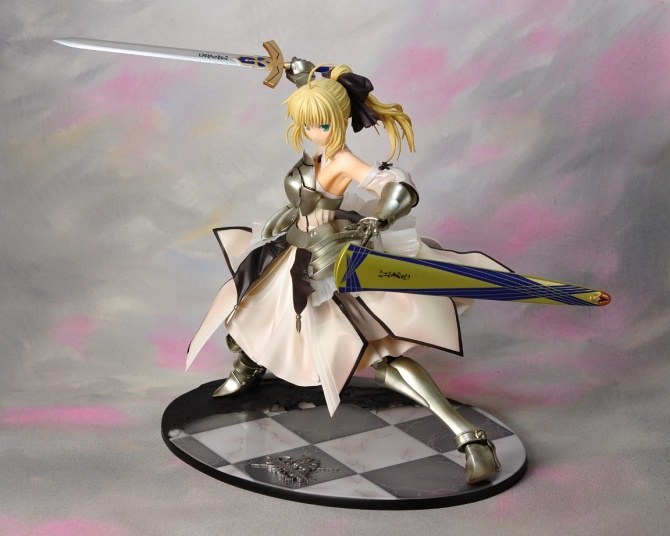 This 1/7 scale figure, titled “Distant Avalon” in reference to Saber’s Arthurian origins, by Good Smile Company was the first scale figure to be based on the Saber Lily design. Preorders opened in late January of last year and she was originally scheduled to be released in August before a series of delays pushed the actual release date back to November. I didn’t actually receive my particular Saber Lily figure until late December after a mishap with my original preorder forced me to find a second source for the figure at the last minute.

I probably toiled over this review longer than I should have, but I felt like it was time to make some changes to my setup. I experimented with a number of different lighting setups and backdrops before settling on the setup you see here.

For lighting, I wanted to achieve a more evocative feel in my photos. My light tent does a great job reducing harsh glare, but it also tends to eliminate most of the shadow from the scene. After reading Figure on Cheap Lighting over at HappySoda, I decided to set aside the light tent for a while and try a DIY setup similar to what super rats describes in his article. This setup didn’t net me instant success, but it did get me to start looking at ways I could reposition lighting around my subject to achieve different results. In the end, I went with a subtle variation where I pointed the overhead lamp at the back wall rather than directly down on the figure to give me some extra light without producing too much glare off Saber’s semi-glossy armor.

For the backdrop, I really just wanted to avoid using the black-to-white gradient yet again. While the neutral colors make it very versatile, I felt like things would get boring quickly if every review I did used the same backdrop. I tried craft paper in a few different colors before eventually switching back to one of the EZcube backdrops that I got with my light tent. It’s not my ideal color choice for this figure, but I liked the resulting photos with this backdrop better than any of the others, so there you go. 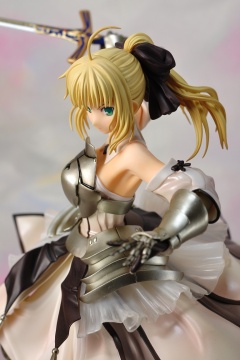 For most of last year, I was quite convinced that Saber Lily would be the best figure I purchased in 2009. Black Rock Shooter came along later in the year to steal some of Saber Lily’s thunder, but I think expectations around the community were universally high for this figure, even after months of delays.

So how does the final product stack up? Very well, I think.

Aside from not actually delivering on time, GSC has executed nearly flawlessly with Saber Lily. Seriously, aside from jabbing at GSC for being late, I cannot think of one meaningful complaint to make about this figure. (1) It’s Saber. (2) The pose is good. (3) The paint work and detail are excellent. (4) It’s big. (5) The display base, which is normally an afterthought on most figures, is remarkable in itself.