Galett is a princess hailing from the Shina Dark manga series. Judging by the way she carries a sword, along with her fierce expression, we can also assume that she’s also a capable warrior. 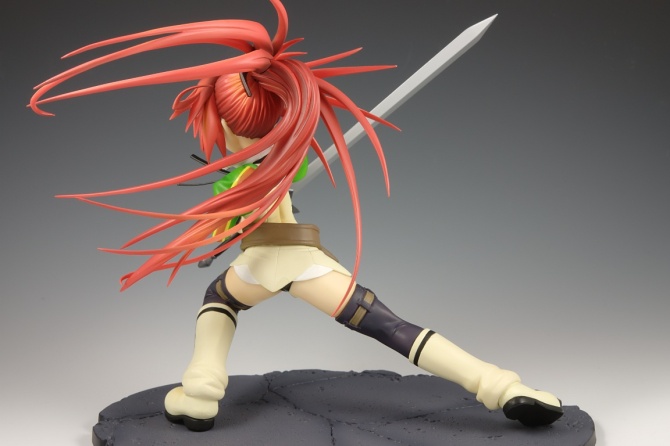 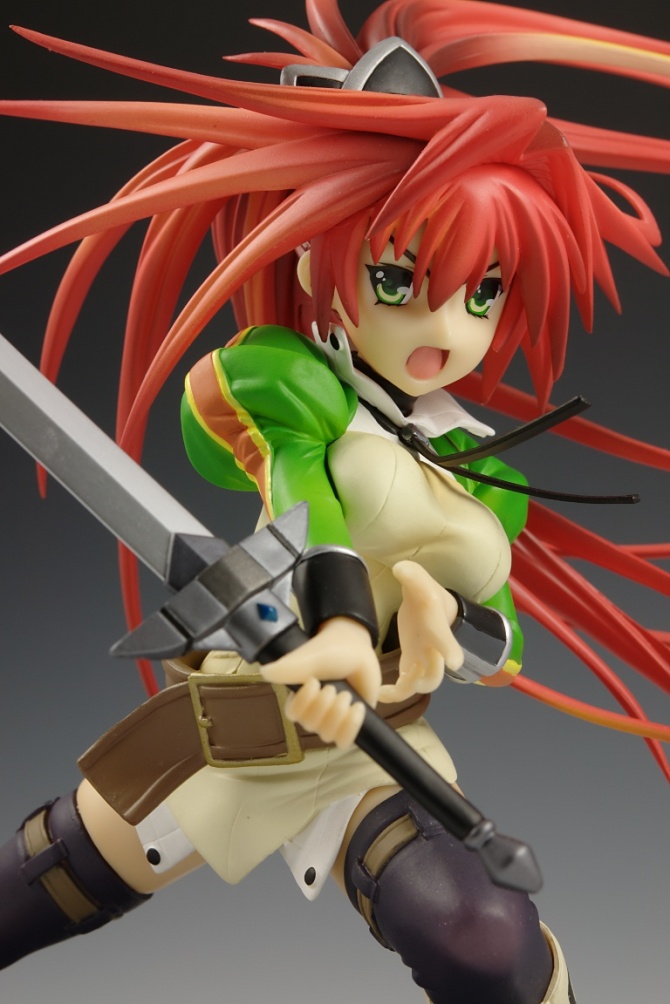 Galett was right at the top of my must-have list–after GSC’s Black Rock Shooter–going into 2010. Thankfully, Hobby Search was still taking preorders as late as January, so acquiring Galett proved to be a minimal amount of work.

I get the impression that this figure has been largely ignored by collectors, at least in the English-speaking world. Ordering the figure less than a month prior to release wasn’t particularly difficult and I was unable to find any other reviews for Galett at the time of this writing.

I must confess to being initially somewhat disappointed with Galett. Resinya’s pre-release model looked nothing short of spectacular so some level of disappointment with the final PVC was almost inevitable.

Initial impressions don’t always tell the whole story, though. I had very similar reactions when I first received my Clayz 1/6 Saber–a figure I now consider an unequivocal favorite–back in 2006.

During the course of working with Galett for this review, I largely managed to get over my initial disappointment and find quite a few things I like about the figure. The figure’s strongest points are an attractive, dynamic pose that is (mostly) well-modeled and neatly painted.

I don’t understand Resinya’s seemingly arbitrary decision to alter the color on portions of Galett’s outfit between the pre-release model and final PVC. I wouldn’t say they ruined the figure in doing so, but I do feel that they stepped outside the bounds of what is normal and necessary in the process of transitioning a hand-painted model into mass production. Unfortunately, language barriers being what they are, it’s difficult for me to properly convey this concern back to Resinya for consideration on future products.

The rest of this post is financial and technical data I’ve recorded about this figure to (hopefully) make you a more informed buyer. Click through if you’re interested.

PS: This is the first time I’ve included this kind of detailed data in a review. I’m hoping it will prove useful for others when estimating the total cost to buy and ship figures. Please provide feedback as to whether or not you find this data useful.